The Salomon Run Supradyn returns to Barcelona for its seventh edition

The Salomon Run Supradyn returns on 5 April to Barcelona for a run around Montjuïc, the Olympic Stadium and Poble Espanyol

Registration is now open at www.salomonrunbarcelona.com and is at the reduced price of €15 up to 29 February

Participants will be tested in the competition with its steps, climbs and descents, and will discover the city from another point of view 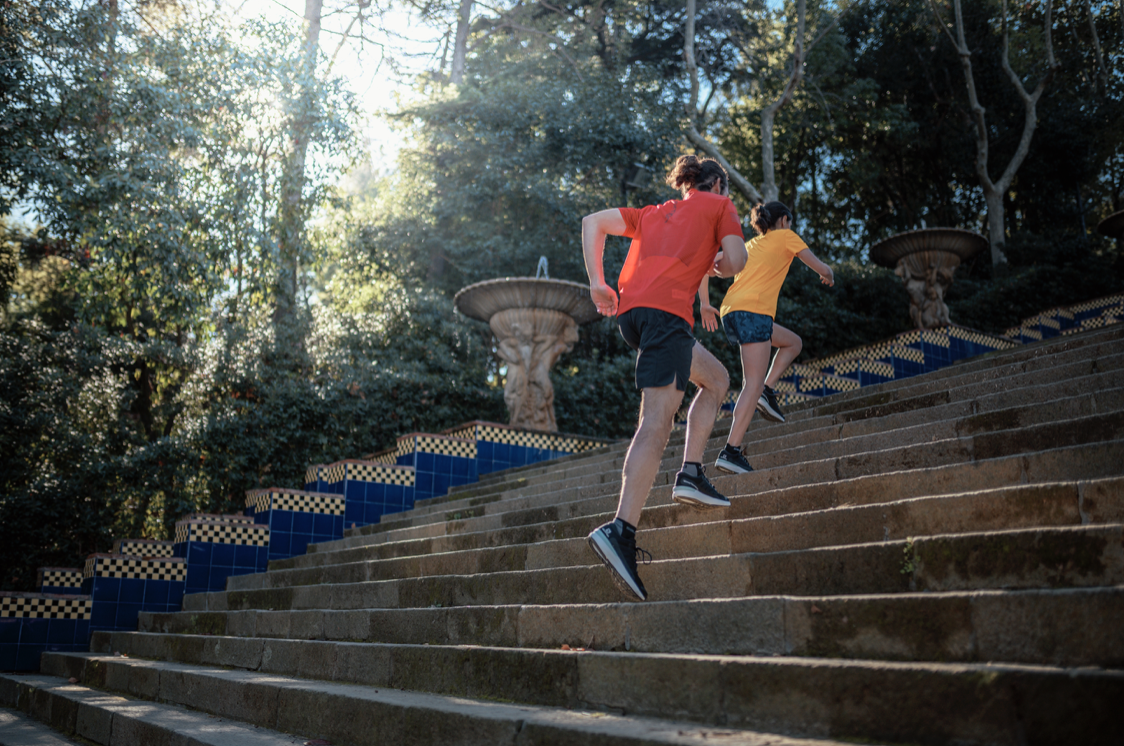 The Salomon Run Supradyn returns on 5 April to Barcelona for another morning of fun with a circuit including great views of Barcelona and passing through some of the most emblematic corners of Montjuïc, such as Poble Espanyol and the Olympic Stadium. The event is now in its seventh edition and remains one of Barcelona’s most alternative 10k races. It is an urban circuit with a mountain spirit, going through Montjuïc and climbing 1000 steps between ascents, descents and changes in terrain.

With its views of the mountain and the sea, the event is open for registration as of today at  www.salomonrunbarcelona.com. There is a reduced price of €15 up to 29 February. Its circuit takes participants away from the hustle and bustle of the city and one year on, promises fun and surprises in equal measure.

“It’s a very different and fun kind of race that reflects the values at the heart of Salomon’s ‘Time to Play’. A different kind of race with changes of terrain, ascents, descents, taking in more than a thousand steps as well as places as emblematic as the Olympic Stadium and Poble Espanyol. In this seventh edition, we are very excited to see that the race is now firmly regarded as part of the Barcelona circuit”, as defined by Marta Coll, Salomon Marketing Manager.

The morning of fun will start at 9 a.m., from Fuente Mágica in Montjuïc, before moving to MNAC or the archways of Paseo de Santa Madrona. Over its 10k, the circuit will return to Poble Espanyol and will take the participants inside the Olympic Stadium, amongst other special places in Montjuïc. It will therefore follow a path that takes us back to the 1992 Olympic Games and will also take in the picturesque Poble Espanyol, with its streets, squares and craft workshops.

The seventh edition of the Salomon Run Supradyn opens its registration at a reduced price of €15 up to 29 February. All participants will receive a Salomon t-shirt, chip timekeeper and a final refreshment. You can register at www.salomonrunbarcelona.com and there is a limit of 4,000 runners. Salomon will also organize several training sessions beforehand for participants to get a better idea of the circuit. It will post information through its social networks on Instagram, Facebook and Twitter.

For this 2020 edition, Bayer’s Supradyn® multivitamin is the Salomon Run’s main sponsor with the objective of supporting all runners taking part and who want to give 100%.

“This partnership with Salomon is an important step for Supradyn®, demonstrating that we want to be the top multivitamin for athletes" comments Nicolas Wein, Supradyn® Marketing Manager.

In this way, the Salomon Run Supradyn is presented as a run full of vitality and energy because it is a clinically tested dietary supplement based on vitamins, minerals and Q10 coenzyme which provides the energy and vitality needed to be 100%. Amaya Álvarez, Supradyn® Digital Manager, sums it up as “for Supradyn®, being close to people with an active spirit and looking to give 100% is very important, so we are taking part in the Salomon Run to support them in their challenge”.

In addition, once the 10k race ends, another adventure will begin on the steps located next to the Fuente de Montjuïc. 32 men and 16 women will take part in a 54-metre sprint with an elevation gain of 13m and more than 50 steps. That's the time to enjoy the Vertical Supradyn Salomon Run. The objective is to climb as fast as possible. There will be several qualifying rounds and the winners of each category will be listed. Throughout the half hour duration of the Vertical Supradyn Salomon Run, there will be a show with dozens of fans waiting on both sides of the steps, enjoying and being amazed at the speed and effort of each runner.

For this category, the participants will be chosen by invitation based on previous results and by lottery. Those who want to apply can do so through the form on the web which is now also available.

So, the Salomon Run Supradyn is back for another year, with each of its races promising a Sunday full of adventure and running in Barcelona.

The Salomon Run Supradyn returns to Barcelona for its seventh edition